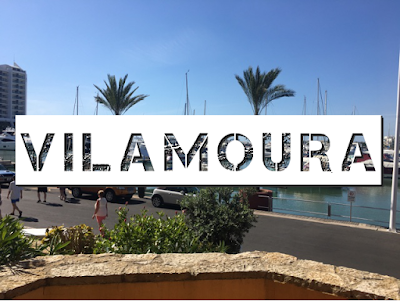 Last week, Terry and I went on holiday to Portugal. Since we've been together, this was our fifth time. Well actually, my fifth, Terry's fourth; but we won't go into those details in this post.
I decided to keep a daily diary entry for each day, not only to share as a post, but for us to be able to look back on and reminisce on the memories. We usually stay in Albufeira, but this year decided to treat ourselves and stay in Vilamoura. You can see my post from last year HERE.

15.10.16
Good morning. It's 3.18am and we're currently on route to Luton Airport. We've been on the road for about half an hour so far and we haven't got very far. Stopped for petrol and had to go 6 miles in the opposite direction, because our turning onto the M25 was closed. To then turn around and come back up that 6 mile strip to get to where we started. Ergh so inconvenient. Our meet and greet was booked for 3.15am but had to call them and say we were running 30 mins late.
Since it's so early, is it wrong to say I'm really looking forward to a decent breakfast at the airport?! 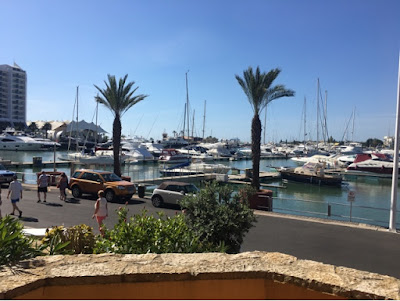 16.10.16
Current location: the beach :)
Didn't sleep much on the flight over. Was really uncomfortable, more so than usual for some reason. The times I did doze off, when I woke thinking I'd been asleep for ages, turns out it was only 10 minutes! Ended up having sushi for breakfast. Not our first choice, but let's just say avoid Luton airport that early in the morning if you can? They seriously need to fix their dining and waiting lounges. It's ridiculous. Because there's hardly anything there, queues were coming outside the places! When you don't have time to queue for 30 minutes just to get a table, they're loosing on on money and it makes very hangry customers. Thankfully I love Sushi anyway, but Terry hates it! He ended up getting a chicken salad instead so at least he found something. 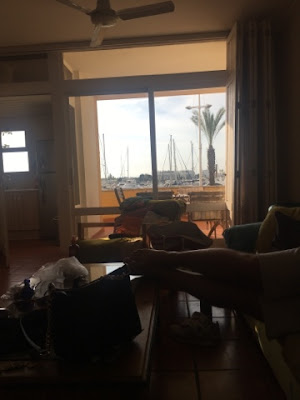 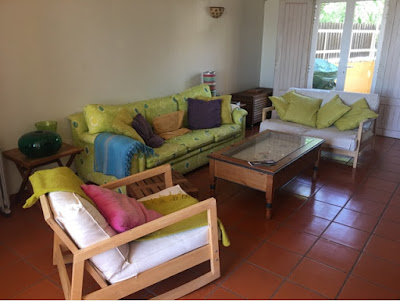 Waking up this morning, to the the view of the marina from our balcony was lovely. I've decided; as perfect as it is having a sea view, having a marina view is great. Not only can we see the sea just past the marina, but we get to see the boats and all the fancy yachts coming and going. There's a bit more hustle and bustle going on and people to watch going past.
We have two beach options near us. One is a 5 minute stroll and the other is about 15 minutes. Today we're at the closest one. Lovely golden sand and although the water is pretty cold, it still looks clear. Think we're going to head off and find somewhere to have lunch soon, it's coming up to 1.30pm, so don't want to leave it too much later. 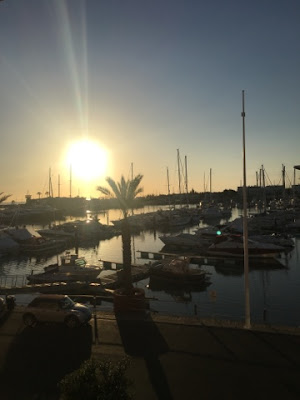 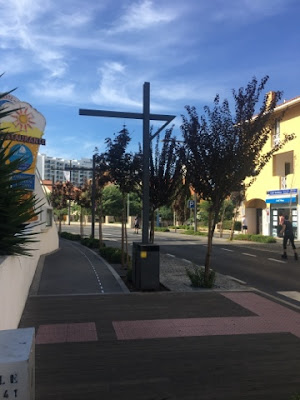 17.10.16
Last night we went for a lovely Italian. We've come to the conclusion that the marina is filled with about 80% Italian restaurants. Mind you the Italian places do have traditional Portuguese dishes and steak options, so you do have a good choice. I love Italian food anyway, so I'm pretty easily pleased. I had a lovely freshly made pizza and Terry chose to have chicken wrapped in Parma ham. After dinner we took a walk to one of the cocktail bars and ended up having a couple each. We're such grannies, we were back and in bed by 11.45pm!! 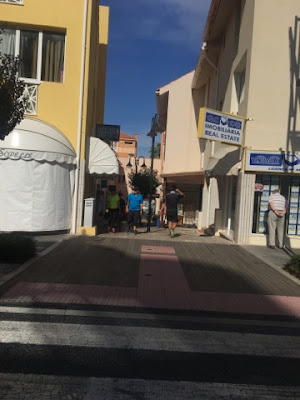 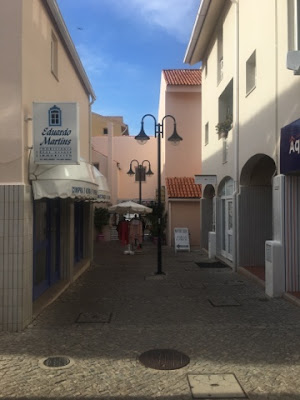 We went for breakfast this morning, had a look around some of the shops and it's 11.52am at the moment. Just back at the apartment to grab a few bits and then I think we're going to have a wonder into the old village of Vilamoura. According to google maps it's about a 25 minute walk, so we'll see how that goes :) 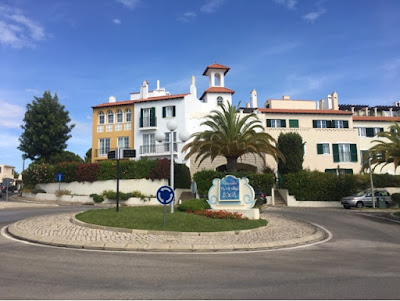 Current time: 5.07pm
So Old Vilamoura Village wasn't what we expected. Turns out it's the name of a complex and NOT an old part of Vilamoura, with tiny shops and restaurants like we thought. Oops! That's kind of my fault, I dragged Terry to take a walk haha! Oh well it killed an afternoon and got us out and about :) 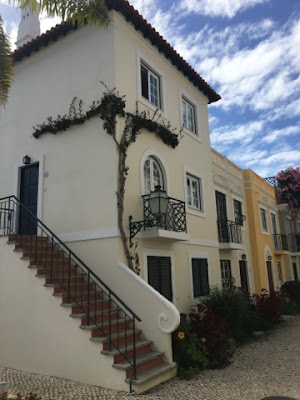 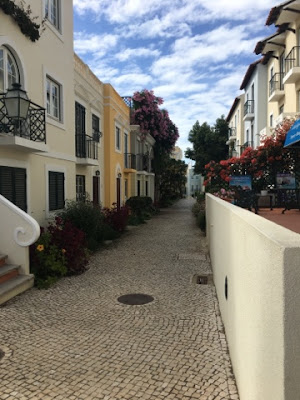 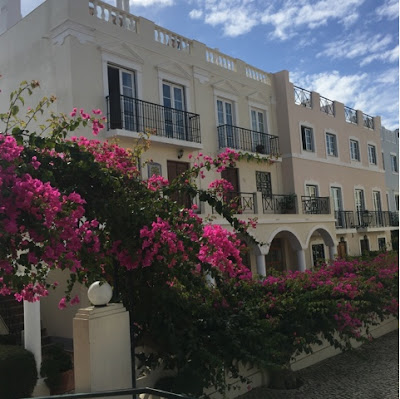 The grannies are about to have a power nap, before we jump in the shower and get ready for dinner. Told you, we're pretty sad and both get tired early on holiday. Please tell me we're not alone? Like seriously, we usually end up have an hour nap every evening and then still in bed by midnight ha! 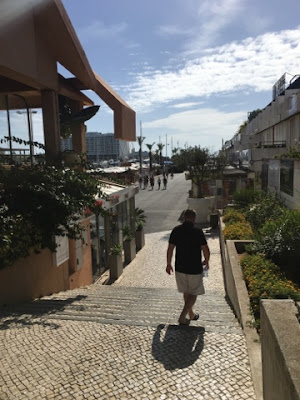 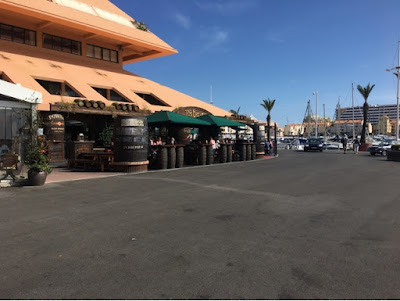 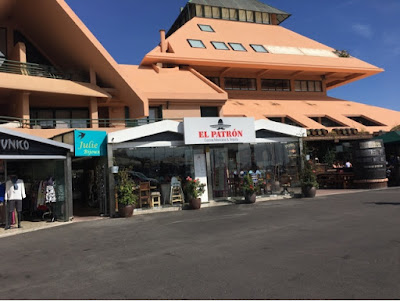 Anyway back to the topic of food and dinner, think we're going to try out one of the Chinese restaurants near us tonight. When we're away we never usually try their Chinese or Indian, but since it looks like it's Italian for the rest of the holiday, why not? Plus after looking on Trip Advisor, it seems to have pretty decent reviews... 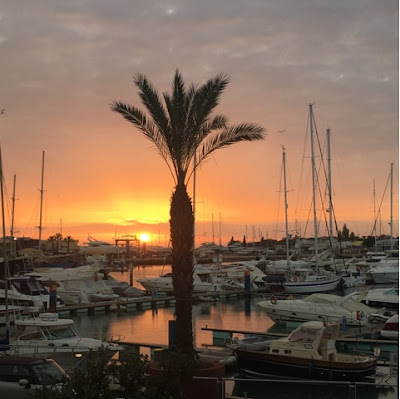 To find out what we got up o on the rest of the holiday, keep an eye out for part two coming soon..

Have you ever been to Portugal? Would love to hear which area you visit.