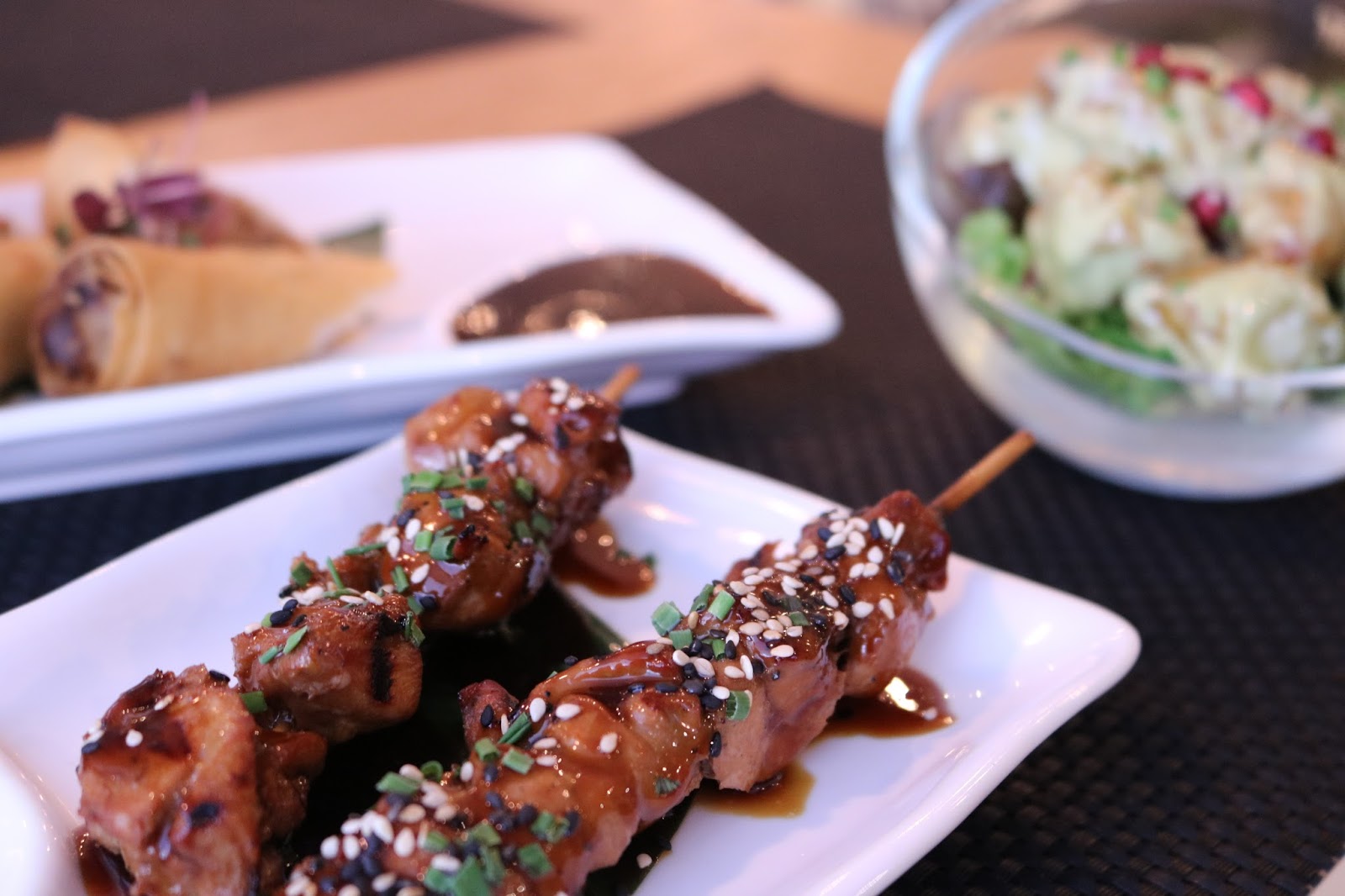 A couple of weeks before we set off on holiday, I received an email inviting me along to try out Chi Kitchen* in London. Before the holiday I had so much to do at work and then at home getting things ready and organised, I asked if it were possible to book it for when we returned.
Catherine (the lovely PR assistant whom I was in contact with), told me that it would be fine and to just let her know the date and time. We returned on the 6th July, but knowing we would probably be tired from the lack of sleep the night before and the travelling, we decided to book if for the 7th instead and our table was booked for around 5 pm. 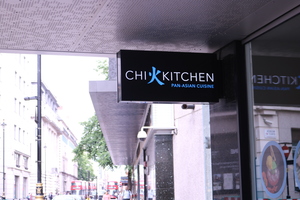 Chi Kitchen is located on the ground floor, at the back of Debenhams along Oxford Street in London. Getting there was pretty simple for us. We live just outside of London so was able to catch the Piccadilly line to Holborn and then jump on the Central line, a couple of stops to Bond Street. From the station, the restaurant is a short 60 metre or so walk; making it easily accessible when using the tube. 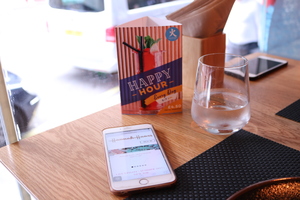 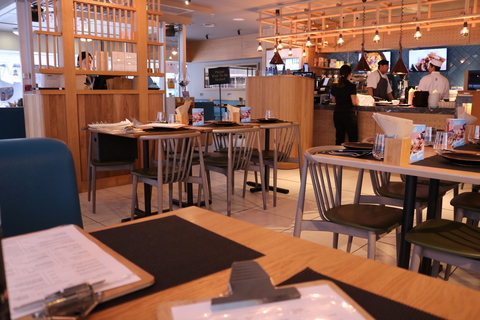 When we arrived we were greeted by our lovely host and shown to our seats. After having a look through their cocktail list, Terry opted for a Bangkok Fizz and I went for a classic Pino Colada. There was certainly a great choice to choose from and if you're not into cocktails, they have an amazing smoothie selection, or perhaps you're more into bubble tea? If you get there between 5-7pm, all cocktails are just £4.50 each! They're not small either, so definitely worth stopping by even if you don't fancy anything to eat and just want to treat yourself to a drink after a busy shopping trip, or after a long day at work. 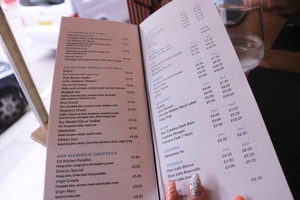 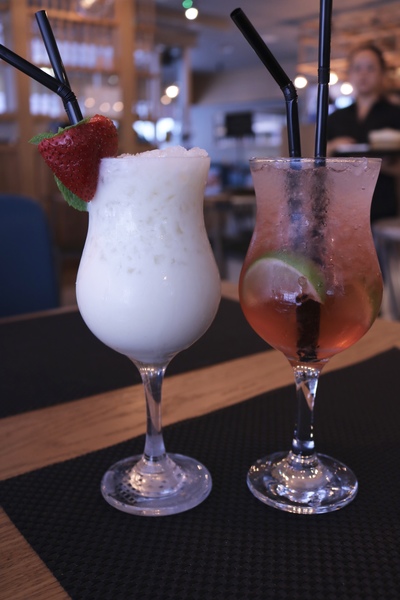 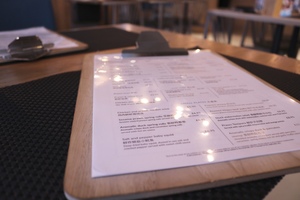 After getting the all important drinks chosen and ordered, we moved onto looking at the menu. There were a few dishes that stood out to us and we knew we wanted to try, so we ordered those and left the rest up to our host to choose a few dishes she recommended. 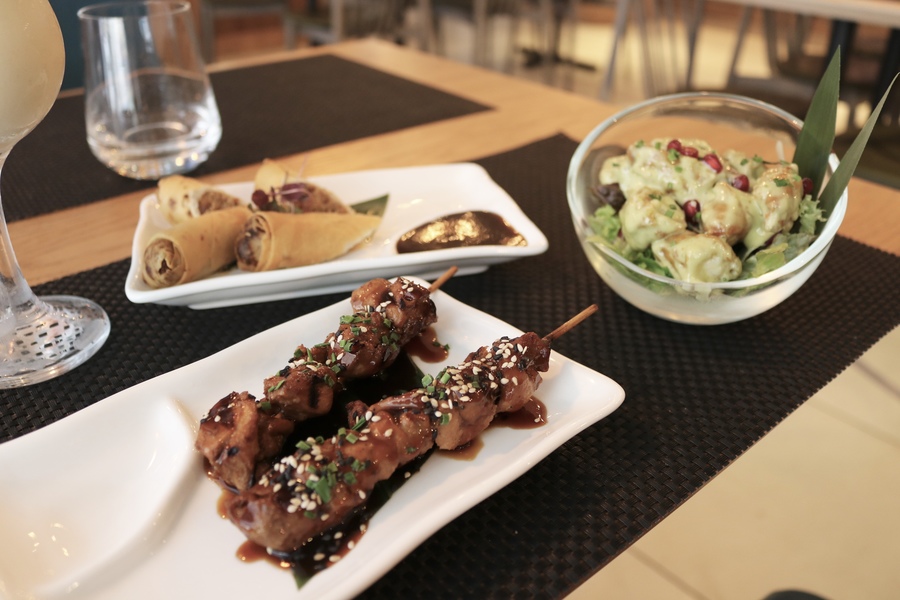 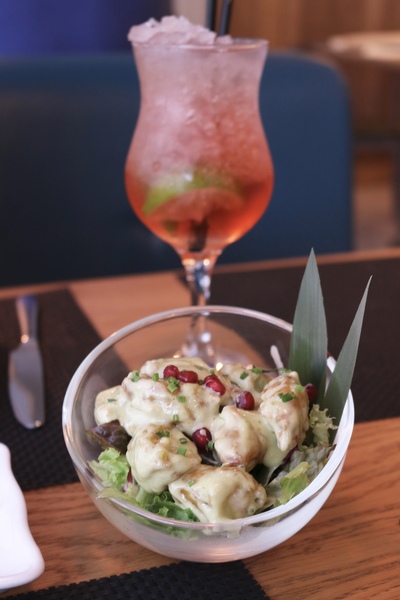 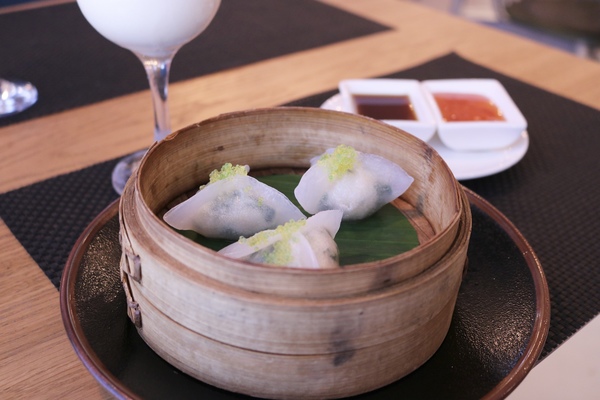 Everything was so fresh and full of flavour. Terry is usually such a fast eater and even he was taking his time, making sure he enjoyed every mouthful! I love Asain cuisine and it's usually my first choice for a takeaway, but I'll never eat my local Chinese the same after our meal at Chi Kitchen! 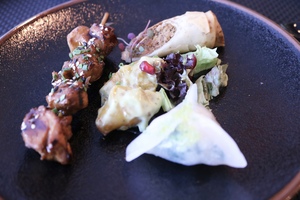 After a short breather came the main dishes. These were recommendations from our host and consisted of: steamed jasmine rice, cha keow teow noodles with prawns, roti with Malaysian curry sauce, Korean steak and szechuan stir fry with beef... 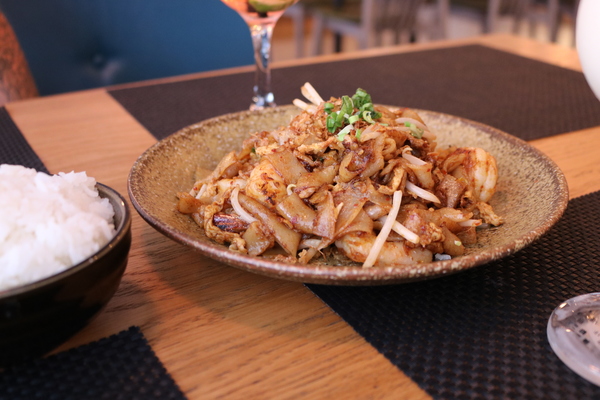 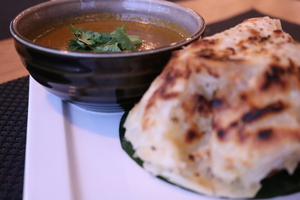 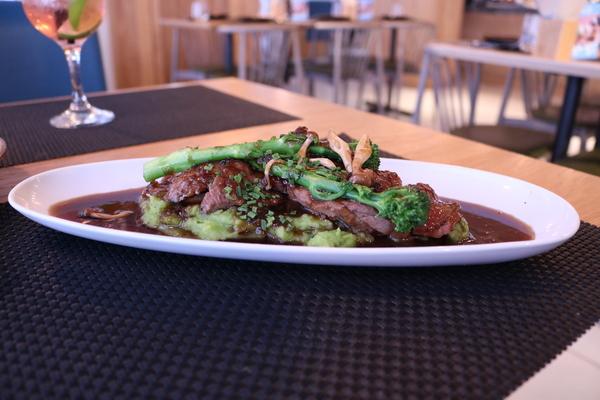 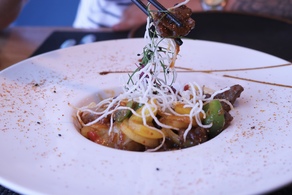 Again with the mains, we had nothing to complain about. The Korean steak was my personal favourite and it was laying on top of a creamy chive mash which went beautifully with it. The rotis were amazing once dipped in the Malaysian curry and we were a little worried they would be too heavy, but they were so light and fluffy.
When we had finished and didn't think we could possibly eat any more, our dessert was brought over! The chocolate sphere was a dark chocolate casing with vanilla ice cream in the centre. It came with a jug of caramel hot sauce, that once poured over melted the casing to reveal the ice cream. 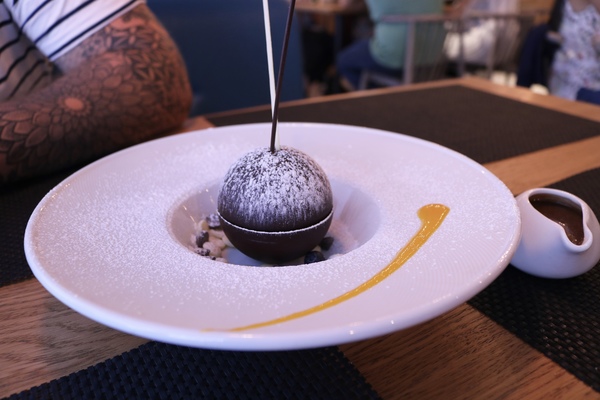 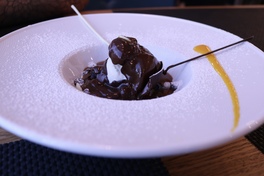 Overall, I think it's safe to say that both Terry and I were really impressed with Chi Kitchen!
It was a nice end to our holiday time off and we were very happy with our experience. We thought that the prices were really reasonable and affordable and we will definitely be heading back at some point this year.
So next time you're doing a spot of shopping, or just happen to be in the area; do pop by and give Chi Kitchen a try. If you like Asain food, I promise you will not be disappointed.

Maybe you've been before? If so I'd love to know in the comments. And if you have any recommendations, do let me know :)

*We received a complimentary meal at this restaurant, however, all views, opinions and photos are my own.