Valentines Day | My Thoughts | The Truth Behind It 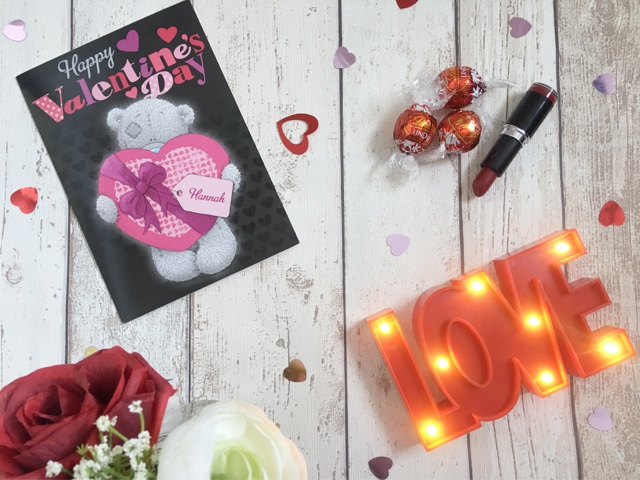 Truth be told, I'm not really into Valentine's Day. Terry and I always exchange cards, but we never go out of our way to buy gifts for each other, (although I must admit, he has been known to treat me to a bunch of flowers a few times). For me, I feel that there shouldn't be a significant day to dedicate your love for someone and that it should be shown everyday instead.
For him, although he feels the same way, he also thinks it's just another gimmick and to be honest, I can see that side too. Don't get me wrong, I have nothing against anyone who does go all out for the special day, its just not our cup of tea.

I hate the fact its a day that divides the single men and women, from the ones in a relationship.
A day that every single person deep down, hates with a passion. I know this, because I was one of them for many years. While I have always felt the same way about Valentines Day, there was still a part of me inside that would long for a partner to share the day with.

Back then, it felt like every couple shoved their relationship down your throat. At school it was essential to send your crush a card and wait in anticipation to see if you got one back. If you didn't, your life was over and you was a total failure!

Maybe I'm alone here, but it wasn't until recently that I discovered where Valentines Day came from and the truth behind it? Up until a few months ago, I thought it was just another commercial day and an excuse for retailers to make money. Yes, there is still some truth to that fact, but the true origin goes back much further than I realised...

It all started in the ancient Roman times, when they would hold a fertility ceremony called Lupercalia. The ceremony was believed, to avert evil spirits and purify the city, releasing health and fertility. It was the Christian church who chose mid February to Christianise the celebration.
There were loads of Saint Valentines over the years, but no-one knows which one the day was named after. One Saint Valentine was sentenced to death, after performing marriage ceremonies in secret after Claudius II banned marriage for Roman men. He believed that single men made better soldiers.
It wasn't until the 1300's, that the day become associated with love and romance and in 17th century, people in the UK started to exchange cards. Shortly after, the USA followed suit.
Can you believe that after Christmas, more Valentines day cards are sent than any other holiday? Madness! Just goes to show how big its blown up over the centuries.

Did you know the truth behind Valentines Day? Do you celebrate it?