I've finally said out loud, it's off my chest.. I love a good packet of pork crackling/scratchings! Please don't judge me. They kind of remind me of beef jerky actually; you either love them or hate them? Nothing in-between, just one or the other.

Fun fact: I'm not actually a huge fan of pork. However, give me some crackling and I'll be you BFF!!

On the 7th August two guys appeared on Dragons' Den, asking for help with their growing business.
Nick Coleman launched The Snaffling Pig Co in 2014, after a bet was made with his partner from another business; to see who could start the best venture with just £500. Andrew Allen, (an old university buddy of Nick) joined him on his new adventure.
Nick Jenkins, (founder of Moonpig.com) was the Dragon that was most impressed with the boys pitch. A £70k investment with 20% share of the business was agreed, with the chance for Snaffling Pig to buy back 10% within 18 months.

After seeing the duo on the show, I searched for Snaffling Pig on Twitter and decided to pluck up the courage to see if they had any samples to try. By the next morning, I had a response and was kindly re-directed to the PR team. 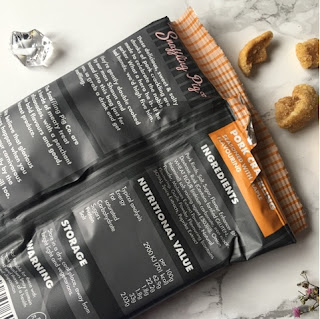 Now as I mentioned at the start, I am a fan of pork scratchings in general, so I was very intrigued to see what this new business had to offer. One thing I haven't yet mentioned, is that SP currently have 10 different flavours in their range. So unlike your standard scratchings with just the usual flavour, you get to try something completely different. All of SP scratchings are baked twice, to reduce the likelihood of a broken tooth, on one thats a little too hard then the others. I'm sure we've all been there before? Now, as with all other brands, these are extremely high in calories. But as an occasional treat, or a snack to share, why not? I was generously sent 5 packets to sample and to make sure i didn't pig out on too many, made sure I shared mine with Terry and my Mum.. 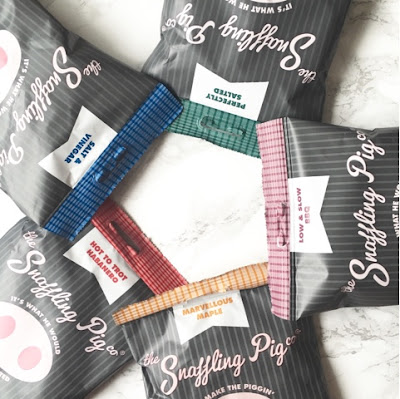 PEFECRTLY SALTED
This is pack for those who don't really like change. Your bog standard pork crackling flavour right here.

HOT TO TROT HABANERO
This one is for the more adventurous person. Like something with a little 'kick' to it? Well then these are the ones for you. The crumbs that coat the scratchings are packed with a punch. They ended up being Terry's favourites, with him commenting that, "they'll blow your mind". Little extreme, but hey at least he answered me haha! 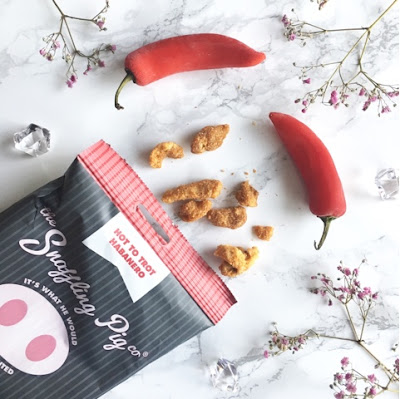 MARVELLOUS MAPLE
Maple was my favourite from the five. Sweet crackling with a very 'moreish' feel. These one were quiet addictive and I found it hard to put the pack down.. Oops.

SALT & VINEGAR
Considering the other weird and wonderful flavours, this was one we were least keen to try for some reason. Think the idea of salt and vinegar crisp style scratchings, just seemed a little odd. But, we were proved wrong and these actually ended up being my Mum's favourite choice.

LOW & SLOW BBQ
The BBQ pack reminded me of the Maple one. Another favourite for me. A sweet flavour, with a meaty. BBQ hint to them. 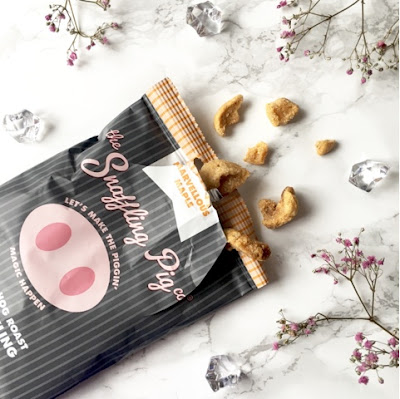 Do you like pork cracklings? Are you like me and are they your guilty pleasure? What flavour would you like to try out of the ones I received?

*These items were sent to me as a PR sample, but all thoughts/views are my own.