Sunday, 28 January 2018
As I've just finished yet another series, I thought it was time to recap over the past few months and share with you the shows I've been binging on. Let me just say that £7.99 spent each month, is the best £7.99 I've ever spent. I used to watch my shows on other sites, but the quality wasn't always there and unless I did a bit of research, I never knew what to watch next. So thank you Netflix for coming into my life! Please never leave me!!


If you're a Netflix junkie like me, then you'll know that you need a good screen to watch your favourite shows on right? Most of the time I'll whip out my laptop to watch something on. But the reality is, sometimes you need a good ol' TV to get the full effect, or to really be able to sit back, relax and enjoy the show. On the hunt for a new TV, we recently took a trip to our local Curry's, where we saw some of the Oled TV Panasonic range, which have been tuned by a Hollywood colourist, to ensure that we see exactly how the creator intended us to see the show or movie! I'm not usually one to be bothered about HD, but the picture quality on some of the TV's these days is just something that needs to be appreciated. We left empty handed and undecided on what one to get. I'll take the 77" please 😁 although I think I may have to be a little more realistic and go with something around the 40 inch for now. Don't think my bank balance will be best pleased if I went for the biggen'! 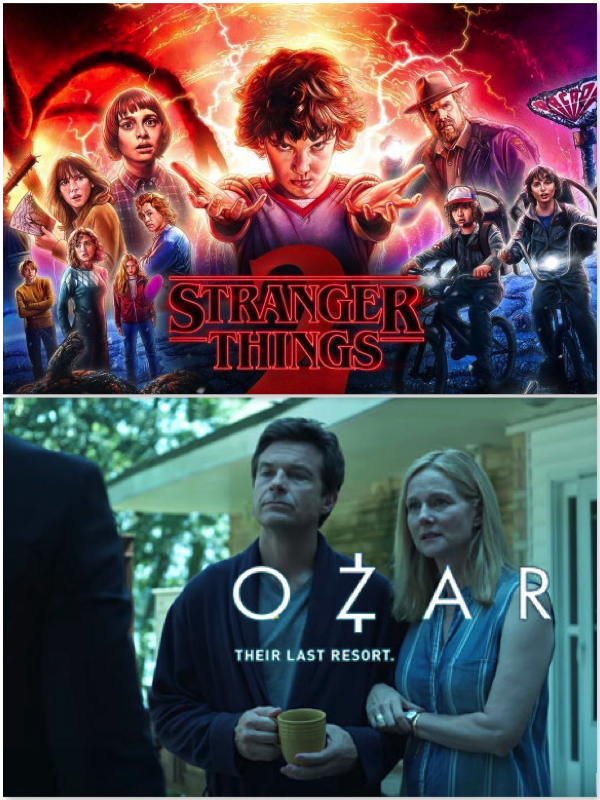 STRANGER THINGS 2
Back in 2016 Stranger Things came onto our screens. You can see my thoughts on the first season here. October of last year, they released the second instalment and of course it was bigger and better than the first and full of 'edge of your seat' suspense. Just as cheesy, but we all need a bit of cheese in our lives right? Again, each episode had me hooked and I couldn't wait to see the next one. It was nice seeing how much the actors/actresses had grown in just a year. Not only in themselves, but the acting too.

OZARK
This is one Terry and I both watched together. It's not too violent for me, it only came out last year and we can't wait for season 2 this year. It's a Netflix original and stars Jason Bateman as the leading role. When money-laundering goes horribly wrong, Marty (played by Jason) has to up and move his family to a lake resort, in order to try and find a way to make 500 million dollars to pay back a Mexican drug lord. It's a great mix of family life crossed with lies, hatred and drama. 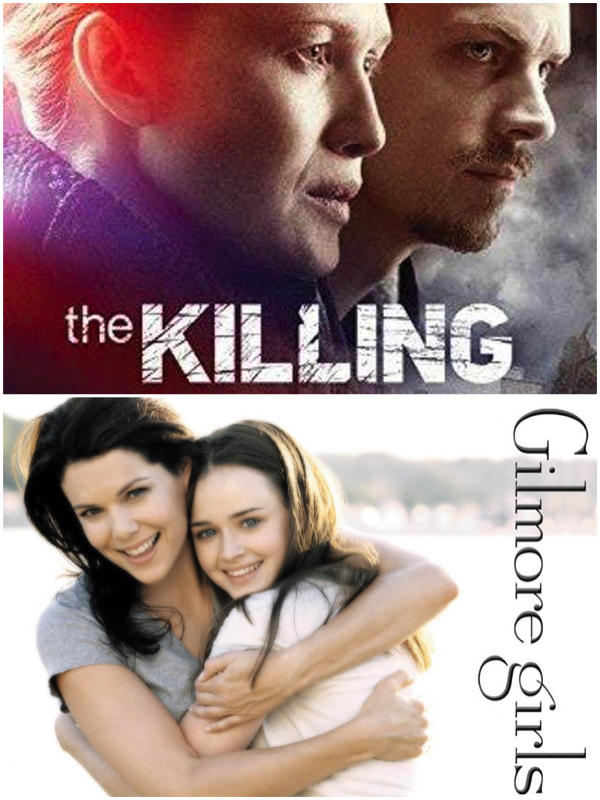 THE KILLING
I've been told this is a remake of a Danish show and I'm intrigued to see that one now to compare notes. I love a good crime drama and as soon as I started watching The Killing, I couldn't stop. This is the series I've just finished watching and I am gutted there's no more, although there is a total of four seasons altogether, so you do have a fair few to watch to keep you going. Was a little disappointed the fourth one was so short though, it was kind of half the length of the previous three. Two detectives are brought together to solve murder cases and you can really see the friendship and bond grow over each season. It's nice because it's a new murder each season, so it's not one of those where you have to try and solve it all within an hour. It really gets you thinking to try and solve the case and I think I've decided I want to be a DI now! 😂

GILMORE GIRLS
Finally, moving onto something less doom and gloom. This is a show I'd seen one episode of here and there when it was on TV, but never really paid too much attention to it. That is until I finally decided to watch it from the start. It is now one of my favourite shows! I absolutely love everything about it. Who wouldn't want a mother and daughter relationship like the Gilmore Girls? If you're looking for something you can really get into and just binge watch one after another, then this ones for you. You have a whole seven seasons to get through and when it's over, you'll wanna know why they didn't make anymore. I certainly felt all the emotions watching this one and I was there shouting at the screen telling Rory what guy she should be with and screaming at Luke for not telling Lorelai how he really felt!!

I've got so many more to share with you, I'll have to do a part 4 pretty soon! I'd love to know what you're watching at the moment? I'm always up for recommendations so please do leave me a comment.

Read PART 1 and PART 2 to see what other shows I've watched previously.