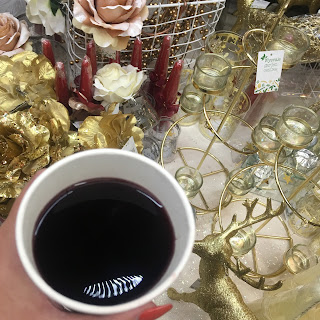 Whenever I do these little posts, as always; they're not just to inform you guys of my whereabouts, but a little life update for myself to look back on. Apart from the post before this one, you will notice that the one before that was back in November!
So, where have I been?
Quite frankly, nowhere. I would love to say I've been away doing fun stuff and all that, but that's not it. Back in November I got myself a Christmas temp job. I was out of work and with Christmas fast approaching, I didn't want to be out of pocket when it came to buying presents for loved ones. So combined with the need to buy presents, I also just wanted to be able to treat myself to a few bits, without the worry of running low on money. I applied to a few positions and for one particular job, I received a reply within 10 minutes and the next day went along to meet the manager. Was offered the job there and then and well, a week later I became an Elf...

Yup don't worry you did just read that right. Throughout the Christmas period, I became one of Santa's little helpers. I was working in the grotto section at a local garden centre. In all honesty, it was something I saw pop up, laughed about it and thought "what the hell". If you would have told me a few months back I was going to be an Elf and be dressed up in a silly jumper, with silly shoes and a hat to match; I would have laughed and probably added in a swear word or two! 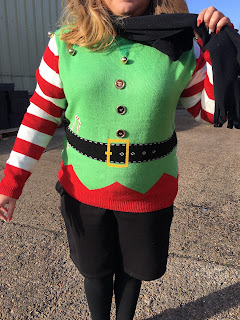 Surprisingly, I actually really enjoyed myself. After the first week, I'd made some great friends and the whole experience became a fun and enjoyable one. I got to laugh and have fun. Be silly and not serious. And I got to work with six Santa's, which is something not everyone gets to say in their life! Mind you, I never realised how stubborn Father Christmas could be until now. Although most of the time, you couldn't help but love 'em.

So, why am I telling you this?
Well, I wasn't going to. At first I felt ashamed and embarrassed. While it's a far cry from a dream job, it was something that passed the time for me and meant I was able to treat family to gifts at Christmas. I wanted to show that not everyone has their dream job. Even at 25, sometimes to pass the time you have to bite the bullet and go with something you might not want to. It turned out to be a great job, not at all what I was dreading and that was purely down to the people I was working with and how we made the best out of the situation we were in. During my time there I heard back from two other jobs that I had applied to. These were more suitable, realistic jobs. But as they were also for the Christmas period only, I decided to stay where I was, knowing I was happy there for the time being.

So, why have I not blogged since?
The simple answer is just that I was busy. I was settling into a new job, working all week and come the evening was too tired to do anything, let alone write a post. Being the busiest time of the year for Santa, we had no time to stop. Other than our break we didn't stop all day. By no means was it hard work, but it was tiresome and kept us constantly running back and forth and being on our feet all day. I didn't want to "force" a post when I wasn't feeling it. I hate for sloppy content and so decided to just take a step back until I was ready again.
Thus brings us to this post... A little later than I expected, but I finally feel as though I am now getting back into a routine and have the time to sit down and write a post.

So, how was your Christmas? What did you get? How was it spent? Mine was spent with Terry's family one day and mine the next. It's so difficult trying to spread yourself out when you have different people to consider. But, we made it work and had a good couple of days. I will be uploading a "what I got for Christmas" post pretty soon, so you'll be able to see then when I received.

Our NYE was spent in London. About a week before Christmas, I finally managed to grab two tickets to the fireworks along the Thames. It was a brilliant night, great atmosphere and a fab display. We're hoping we get tickets again this year. 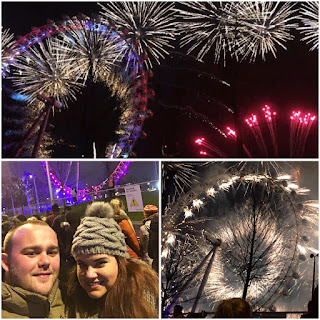 Although I haven't been writing, I have been taking a lot of photos for potential blogposts throughout the last couple of months, so will be sure to crack on with content to go with them soon.

I know it's late, but I hope you all had a fantastic Christmas and New Year! Let me know in the comments what you got up to for NYE, I would love to know! Here's hoping 2017 is an awesome one for us all!