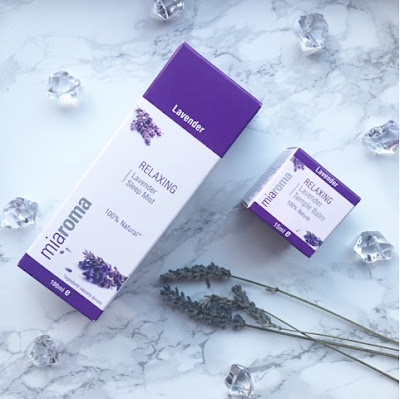 I'd love to be able to say that I was one of those people who fell asleep as soon as their head hit the pillow, but I'm not.
I sometimes find it really difficult to zone out and drift off to sleep.
One habit I'm guilty of, is going to bed and staying awake for an extra hour or two, (sometimes more) scrolling through the Interweb, or catching up on TV series.


Yes. I am one of those people!

In the past I've heard about Deep Sleep Pillow Spray, but didn't fancy the price tag. While its not going to break the bank at around £16, after reading what was in it, I realised I could probably find a cheaper alternative elsewhere.
While in Holland and Barrett the other week, I was browsing their essential oils and unintentionally spotted a Lavender spray beside me on the shelf. It wasn't until then that I realised it was named as a sleep mist and i re-remembered wanting to get something like it to try. 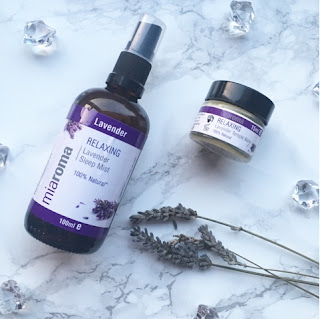 It's 100% natural and contains Lavender, Honeysuckle and Camomile. Blended together, they create an amazing, calming scent.

I've had this spray for just over a week and used it most nights since, apart from a couple just to put it to the test.
On the nights I have used it, I've had a great night sleep! I've drifted off a lot quicker, not had such a restless night and felt a lot more relaxed. At first I wasn't sure if it was just a coincidence, so made sure not to use it a couple of times inbetween the evenings I did.. And on those nights, it took me a while to relax and fall asleep and I woke up tossing and turning during the night.

The balm is a Vaseline like consistency and the directions tell you to rub a small amount on your ear lobes, temples, back of neck and wrists. The smell isn't as long-lasting as I would like, but it does definitely calm me down if I'm feeling a little stressed and I use it at night as well as the mist, to give me that little bit extra. I've also found that if I use it on my temples when I have a headache, the headache doesn't completely disappear, but it does fade.

You can find the spray here and the balm here.
I was lucky enough to grab these while they were on offer, so paid just under £7 for both!! Pop into your local store and maybe you'll find them at the prices I did.

Do you sleep as soon as your head hits the pillow, or does it take you some time? Have you ever used a spray or something else to help you sleep? 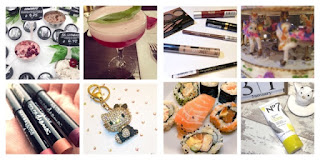