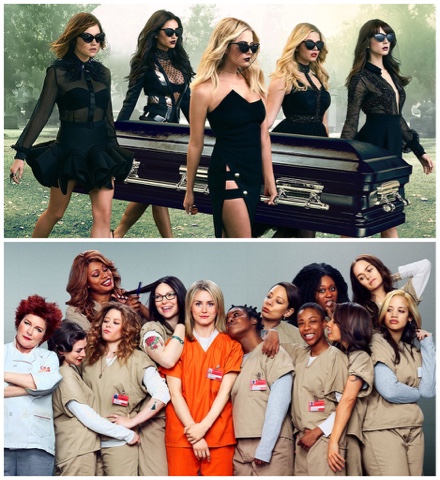 For those of you who have no idea what the title stands for; they are names of two popular American TV series, that everyone seems to be going mad for: Pretty Little Liars and Orange Is The New Black.


**Don't worry, there are no spoilers in this post. I would also appreciate it if anyone who comments doesn't spoil it for anyone else either**

Okay so I'm late to the game! Over the last year in particular, I have heard of nothing but these two series being mentioned. Whether it be from a YouTuber, another Blogger, or even mentioned on the radio... They seem to be everywhere BUT on our UK screens!! At first, because there was so much "hype" about them, I didn't want to join in and see what the fuss was about. But then it finally got to the point where I was intrigued to know about these amazing shows everyone spoke of. And I gave in... I caved. And I am so not sorry! 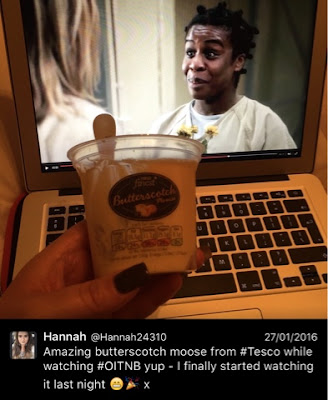 As you can see from my tweet above, I started watching OITNB at the end of January this year. After speaking to a few people, it became apparent that OITNB was the better of the two. Some suggesting they couldn't decide, while other we're disappointed with PLL and so told me to go straight onto OITNB. So I listened to the majority and started off with life in prison.
I was seriously hooked right from the start and finally finished season 3 last week! Cannot wait for season 4 to start. Until then I have to be patient and wait with the rest of the world *cry face*.

OITNB
Without going into too many details to spoil it, I love how each episode is focused on a different someones story. It really helps you get to know the characters and feel a little more connected to them. There are some that you instantly grow to like; Nicky for example. Rough around the edges, but there's something lovable about her. Big Boo is another one I've grown to love. Crazy Eyes isn't all bad, you can't help but feel sorry for her and the last but not least is Taystee.
You then get those characters, whom you really despise and wish would just disappear! That one in particular is V.. 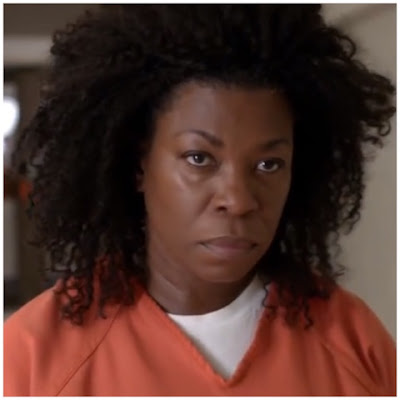 PLL
Since I finished OITNB, I needed something else to watch. Even though some of the reviews had put me off of PLL, I decided I would give the first one or two episodes a try and see how it went from there...

Well I started watching it last night and already I'm on episode 8 oops! Please don't judge me!!
It certainly has me hooked already. While I am not as much in love with it at the moment as I was with OITNB this early on, it's definitely made me wanting more! I have to admit it's kind of one of those shows where even though it's not the best, something in the storyline has you wanting to find out more. Admittedly the storyline isn't that great either, but there's something there I just can't quite pinpoint what at the moment. Maybe I haven't seen enough of it yet to realise what? I can see why so many teens like it. It's all about high school students, so around the 16/17 age mark. Group of best friends... Something very Mean Girls about it I think? Just with a huge twist. The whole idea of not know who this mystery A person is, has me captivated. I don't doubt I'll be up to date with all 6 seasons soon! 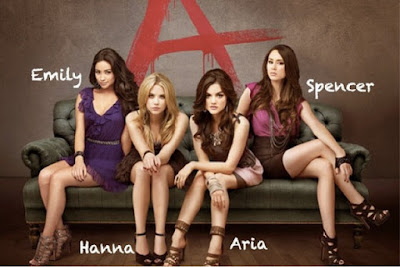 Pros and Cons
Below are a few points to compare each series.

•OITNB without a doubt has better actors/actresses than PLL. Some of the acting in PLL is too staged for me. So far (and remember I'm still only on the first season), there's been a moments that are a bit cringeworthy it's been that bad!

•PLL in my opinion is more for the teenager/younger adult audience, while OITNB is more suited for young adult plus.

•This one isn't really a pro or con. Depending on what type of genre you like to watch, they are both classed as a drama. I like the concept of PLL as its a bit like "who did it", so it gets you thinking. I would class it as more of Crime Drama/Thriller. Whereas OITNB is more of a comedy drama I'd say.

If you're into these two, then I recommend giving Switched at Birth and Finding Carter a try. They are two series I've enjoyed watching.

Have you seen PLL or OITNB? Which one is your favourite? Or if you've only seen one of them, which one and what's your favourite bit about it? Remember, don't give away any spoilers!! 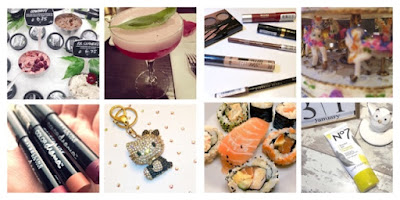