Let's talk about you and me".. Okay sorry the song was stuck in my head! Anyway, shall we move on?


It's something most of us end up doing with a partner at some point in our lives; unless you've taken a vow of celibacy, suffer from Vaginismus, are asexual, or for any other reason choose not to. Whether it be with a man or a woman, being intimate with someone you love is a very special thing. Of course being intimate with someone you don't love, can be fun too as long as you are comfortable with whom that other person is.

Yet it's still a topic that's highly "hush hush", and not very openly talked about. But worth billions in the business industry! Now let's just clear something up, this is definitely a topic I'd personally not bring up around my parents or family, but you should be able to feel comfortable to talk to your friends about it and especially the person you're having sex with.

Although it is a physical activity, communication is key and can make your sex life a lot more fun and enjoyable! You and your partner need to talk to one another. Find out what each others likes and dislikes are. Girls, if he's doing something and you're not too keen, or know how he can make it more enjoyable for you, tell him. Don't be afraid! It's your damn body afterall, not his and vise versa with you too boys! 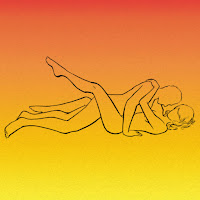 Guys... If she's performing oral sex on you, she's doing it to make you feel good. She wants to make sure she's doing it right. Tell her what you like or what to try to make things more interesting. Remember though; we aren't all like the porn stars you boys are so used to seeing who can swallow it whole and not give a damn!! That's a job to them. What we're doing is fun and shouldn't feel like there's pressure on us to live up to those kind of expectations!
And while we're on the topic, ladies same goes to you.. Don't be thinking every guy is gunna be hiding away a monster in those pants and that he can last hours!! Again it's a job to these people, they get used to it and it's on film, so who knows how much has been cut or what time is in-between each scene!

You should never feel pressured into doing something you don't feel comfortable doing! If you're in a new relationship for example and the other persons asking for sex and you feel like it's too soon, tell them! Don't do it just because you think it's the right thing to do, or because you feel like they may leave you if you don't. Hell, if they throw the "leaving you" threat at you then you leave their dumb ass! They clearly don't deserve you! Those who are truly worth it are happy to wait until you're ready and let's just be honest, it's not always something you plan to happen; when it feels right it just kinda happens you know?
When Terry and I first got together (we're talking over 6 years now), I wanted to make sure he wasn't just after one thing.. We'd known each other a few weeks before we made it official and then we ended up waiting a month. Doesn't seem like long, but our relationship has moved pretty fast right from the beginning and it was actually me who made the move. But come on. He had done this to the bedroom so can you blame me?.. 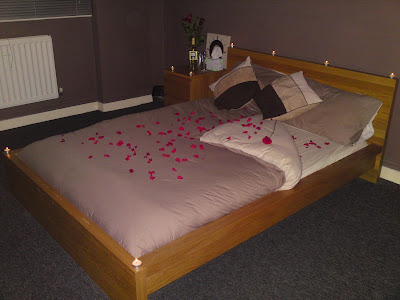 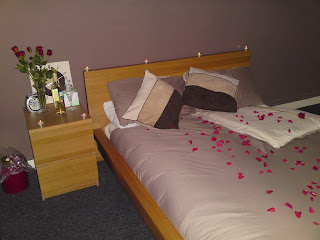 Guys please try to remember, not all women want to have sex 24/7. Some women will go days without it even occurring to them. While others are more than happy to hump like rabbits all day every day!
And gals... Something we don't initially think about at first, but there are guys out there who also feel this way and so won't be up for some loving every night. There's nothing wrong with him... He's just a normal guy, who doesn't always think with his genitals!

If there is one of you in the relationship, who likes to "get it on" more often than the other, again it comes down to talking to each other. Let the other know how you feel and if you're the one who doesn't like to do it as often, think about your partner. Love is never one sided. It does take two to tango after all. Well I guess unless toys are involved.

If I still have your attention guys, can I just add that us women do like to orgasm too! We're not some kind of rare species that doesn't feel that kind of need! Just because you've reached your climax pretty quick and are nice and satisfied, don't think the games up.. You either need to try and carry on going, or if you can't; you better put your fingers or tongue (if you wish) to good use. Don't be selfish!

If you've managed to get to the bottom then thanks for reading! Hope you enjoyed the post? Please do let me know your thoughts in the comments. It's something completely different from the norm, but thought it may be fun to switch it up :)